Team of IT Instructors and ICTC staff attended the Google for education Summit 2014 last November 19-20, 2014 at the Blue Leaf Filipinas, Manila. The event organized by the famous company gathers hundreds of educators, together with students and IT enthusiasts from in and out of the country. The objective is to bring together all continue reading : IT Team attends Google for Education Summit 2014

In the endeavor of boosting ASCOT exposure in international standard of research, ASCOT College President, Dr. Eusebio V. Angara, successfully shared his valuable thoughts as one of the Key Note Speaker in the ITMAR 2014. His words opened the horizon of new research and practice for conference participants from across the globe during the International continue reading : ASCOT President Talks in ITMAR 2014

More than 20 thrilled students gathered in Bayanihan National High School on a Sunday (Oct 12, 2014) to attend a 1 –day free workshop in Video Filmmaking. The activity held in Brgy. Bayanihan, a quiet place found at the base of green mountains that divides (or connects) Maria Aurora and Dipaculao Aurora, was organized by continue reading : ASCOT conducts Video Filmmaking Workshop at Bayanihan National High School

The first College-wide and one of the students’ most anticipated event finally came to a completion last July 04, 2014 at Sentro Baler where ASCOT once again held its annual Induction Ceremony and Acquaintance Party. The event started with the Doxology performed by the Christian Student Organization and the singing of the National Anthem led continue reading : ASCOT Holds Induction Ceremony and Acquaintance Party

Twenty-four (24) enthusiastic participants attended the Seminar/Workshop on Film appreciation and Film Making conducted by the ASCOT Information and Communication Technology Center. The 3-day event, scheduled May 9-11,2014 , was handled by Mr. Rommel Espinosa. He is a film and television producer, art director and production designer. The gentleman is also a proud product of continue reading : ASCOT ICTC conducts Seminar/Workshop on Film Appreciation and Film Making 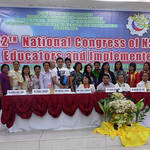 In line with its goal of providing information and communication technology services to the College and to the Province of Aurora, and with the implementation of its new operational plan specifically the reactivation of IT Training Programs, the Information and Communication Technology Center (ICTC) has successfully conducted its 2014 Summer Workshop. One of these, is continue reading : ICTC Conducts Summer Workshop 2014

Inspired by the motto, “Learning while having fun”, the Department of Forestry and Environmental Sciences conducted an Educational Tour in Ilocos Region last February 24-28, 2014.