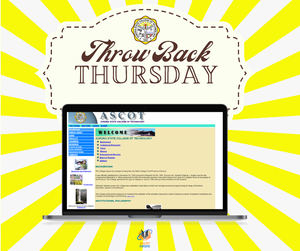 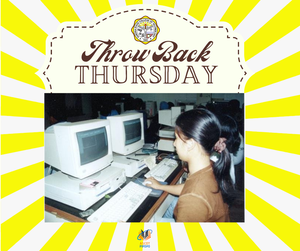 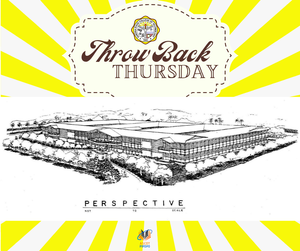 Aurora State College of Technology’s (ASCOT) memory lane that shows its humble beginnings thru pictures can now be looked back at by everyone thru the use of our modern-day social media site as the ASCOT Facebook Page started to post #ThrowbackThursday photos every Thursday starting this September.

The second entry, dated September 16, featured the first computer units used by the students of ASCOT in the Computer Laboratories about two decades ago.

The third “throwback” post featured the ASCOT graduation exercises that were held during those times at the Baler Municipal Plaza, the only accessible location for ceremonial occasions. Then came the Dr. Juan C. Angara Sports Complex, known as the Sentro Baler for large gatherings, which was required due to the rising number of ASCOT graduates.

The fourth entry for the month showed the photo of the perspective plan for ASCOT Juan C. Angara Hall, also known as the General Education Building. From the post, it can be seen that Phase 1 (right wing) was built between 1995 and 1997. ASCOT then relocated from Baler Central School to ASCOT Zabali in 1997, and classes began while the second phase (front and left wing) was still in progress (1997-2000). Arch. Honrado Fernandez, the Dean of the UP College of Architecture at the time, designed the structure.

The ASCOT Public Information, Publication, and Data Protection Office (PIPDPO) initiated the #ThrowbackThursday fever on the College’s FB Page to bring back memories to the College’s past pillars, professors, and students and to show to the new generation of ASCOTians the College’s past and how it developed and changed on what ASCOT has today.