Congratulations to the 20 Higher Education Instructors/Professors whose individual efforts were paid off as each of them received promotions and salary adjustment per month pursuant to CL No. 2001-11 dated June 21, 2001 as implemented by NBC No. 461 (7th Cycle) dated June 30, 1998, to wit: 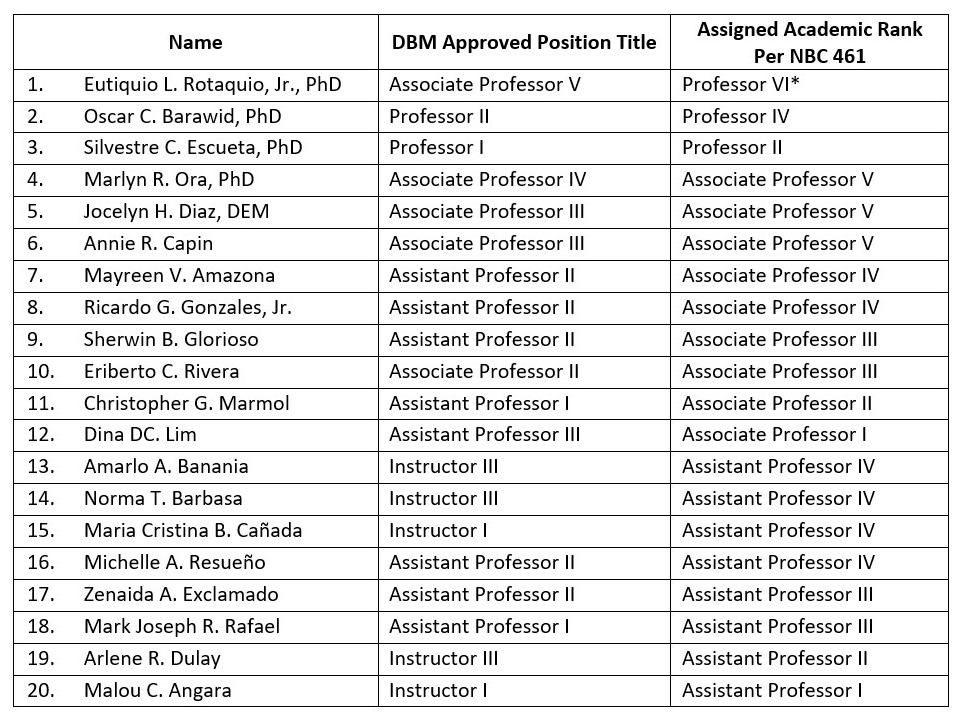 Diligence, skills, talents, capabilities are just some of the merits that they have put together in order to bring about the well-deserved accomplishments. The abovementioned position titles and salary adjustment had taken effect on October 17, 2019.

It is equally important to know that the DBM has noted that the item of Eutiquio L. Rotaquio, Jr., PhD, is considered unfilled as he is already occupying SUC President II position since August 30, 2019.