As ASCOT welcomes 2015, the College will also have its new Head in the person of Dr. Evi Q. Fontanos, Vice President for Academic Affairs who was designated by CHED Chairperson Patricia Licuanan as Officer-In-Charge of the Office of the College President thru CHED Special Order No. 01, Series of 2015. Her appointment as OIC continue reading : CHED Designates Dr. Evi Q. Fontanos as OIC-President of ASCOT 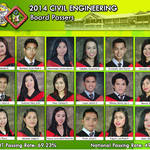 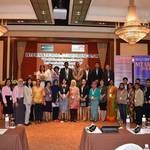